This is the last set. Again an NSFW warning is in place, though I keep being told I’m not heavy-handed.

Thank you for reading, and I do hope you like it.

Lan held his head in a strong grip. His head pounded; the squeezing helped to lessen it. So did the scent of potato soup, wafting through the quarters and entering the bedroom.

He was in his bed, in his bedroom, smelling soup from his little kitchen. He was sure he knocked his head onto the chair outside Marceau’s office.

“Bei let you in, icebox?” he muttered in between groans.

“Gave keys,” Soji called out from the kitchen. “Feel better?”

“No,” he admitted. “Marceau didn’t kill you. Incredible.” He groaned again.

“Wanted to, I think,” Soji chuckled as he appeared, carrying a bowl of the soup.

The Selati placed the bowl over the lamp stand, bent down and gave Lan a kiss on the forehead.
Lan blanched. He groaned again. “You should’ve stayed with the green hag.”

“No. Not with you like this,” Soji answered. “Thinking you do not deserve love.”

“See what I mean?” Soji pressed his lips onto Lan’s,

Lan felt the need rise within him, even as his head pounded again for him to stop. He began to return the kiss, tasting the lips and tongue.

The need to be touched and felt, with closeness, with fondness. The need to be known and felt as a person, no more and no less, not as anyone who was crucial or important. The need to be accepted, with weaknesses and strengths. The need for pleasure, dealt by one who knew him and understood him. That need.

He could not ask it of the girls, for one of them was too close to him, and the other too distant. He could not see himself knowing them so closely that he saw the parts he did not normally see. It felt disrespectful of them, both of them, to want to know them that way, to seek to be pleased by them, after all they had already done.

He did not ask it of him, either, but it felt right, in place.

Yet he felt again that he did not deserve any of this kindness, this pleasure. Once again he did not initiate; he followed.

“I continue?” the Selati asked. “Is your choice, not me.”

“Whatever you want.” For he did not think himself worth asking what he wanted.

“Do you want to continue?” Soji asked again.

It was turning into early evening, and he had just woken from unnatural slumber. And yet, already he missed the touch. “Yes.”

The Selati began to kiss his wiry frame, pressing his lips to skin as fabric was removed. The groin was cupped as the shaft was kissed in turn.

A haze started filling his mind, rendering it slow, focused only on the mounting pleasure. Soji lay over him, moving his body over his own, as the Selati kissed his neck and lips, as sweat and saliva mixed together.

His legs were parted, and the shaft was brought into him, slowly and gently. He felt the Selati’s stiffness within him even as Soji’s hand was around his own shaft. The rising urge to release filled his only thoughts, as all others were dampened.

A profound relaxation filled him. The pounding in his head disappeared.

He turned his head. He saw the lamp stand. “The soup has gone cold,” he noted, drifting off.

“I can reheat,” Soji said, wrapping his arms around him.

For several nights and days, all Lan could manage to think about coherently was how much of a mistake the new arrangement was. He dampened the thoughts with the work for the programming halls. But when the nights came, and there was nothing else to think about, the thoughts of a big mistake resurfaced.

On these nights as he lay curled up in bed, Soji wrapped his arms around him, and held him close to his chest. Soji entwined fingers around his own, clasping onto it. The Selati held him into the night. He found it odd and strange that he managed to fall well asleep wrapped around that warmth, even if Soji snored most of the night.
A little before dawn Lan would be mildly awakened to stirring, untangling, and a gentle kiss to his forehead.

“You are loved. See you later.”

He drifted back to sleep with that blessing, to wake up when the sun had risen well.

There was a weekend without work for the halls. He tossed and turned in the night. Even with the morning blessing, his brain assaulted him with the thoughts This is wrong, this will not last, this is a mistake.

Lan did drift into a fractured sleep, but after some hours sensed movement in the quarters. He heard the sounds of frying and boiling and slicing in the kitchen.

He groaned and got out of bed, then drowsily dragged his feet to the kitchen. He found Soji readying batches of sandwiches, and chopping basil leaves for pesto sauce.

Soji grinned. “I just finish pesto sauce, then I go back to shop. Want to come?”

He rubbed his eyes and sighed. “Why.”

“Carry sandwich basket.” Soji smiled at him. He combined the basil leaves with the pine nuts.

“Short walk. Just to shop. Then we go back.”

Soji came up to him, tiptoed, and kissed his forehead. “Nice day, for walking with you.”

Lan rolled his eyes. “Let me get dressed.”

They silently walked to the coffee shop, Lan carrying the sandwiches in a basket in his arms, Soji carrying the jars of pesto sauce in another basket.

Lan quietly released the basket at the coffee shop, waving and smiling silently at Rowan. Soji went into the shop kitchen and gave several instructions. Then the Selati emerged and gestured for Lan to follow.

They quietly walked and returned to the guild quarters.

He heard a voice just beyond his shut eyes.

He felt Soji settle into bed beside him.

He was not sure why, but he turned his body to face his, and threw an arm around Soji’s waist.

He rested his head over the Selati’s chest, as he closed his eyes again.

It was just as bad for Lan on the good days.

He looked at Soji as he ate dinner, his eyes travelling from the top of the sandy hair, to the forehead, the nose, the mouth, the chin, the depression at the neck. He remembered the chest he knew was under the shirt.

He held his head in one hand and squeezed at his temples.

Soji lifted his eyes from his plate. “Something wrong?”

Soji smiled at him. “Tomorrow is quiet day. I can stay longer in morning. Do you want to…”

His eyes probably showed a yearning he was frightened of having, but his brain screamed his fright.

Soji placed a hand over the back of his, as he came up and kissed him.

He was led to the bed, and lowered there.

His neck was kissed, and whispered tickled his ear. “How do you want it?”

Soji stroked the inside of his thigh and kissed him again. “I ask,” he whispered, “how you want it. Your choice.”

The strokes began to reach his brain. His resistance began to fade. “Don’t…make me think.”

“Just one thing for now. Your choice.”

“What about your choice?” Lan asked.

His groin was cupped, and his resistance gave out a little more. ”I want to…” He fell into the heavy, heady, haze that such moments gave. “I’d like to…” He did not know what it was called. ”Just…keep….”

He freed his shaft, and began to stroke it himself, coaxing it to stiffen, as he dazedly returned kisses. Soji placed a hand over it, seeming to understand, and started to stroke. Lan’s arms slackened, as he fell deeper into the haze.

As the stiffness began to peak, the Selati shifted and lowered his head toward the legs, as he savored and consumed the stiffness, filled a mouth with the shaft.

He felt the sense of pleasure rise rapidly up as his limbs stiffened, as the shaft hardened.

Finally he released into a mouth that received it and cleaned it away, as he reached down and kissed him, before he slackened completely.

He drifted onto sleep with whispers into his ear.

Crazy writer, bookworm, anime fan, and a few other things. 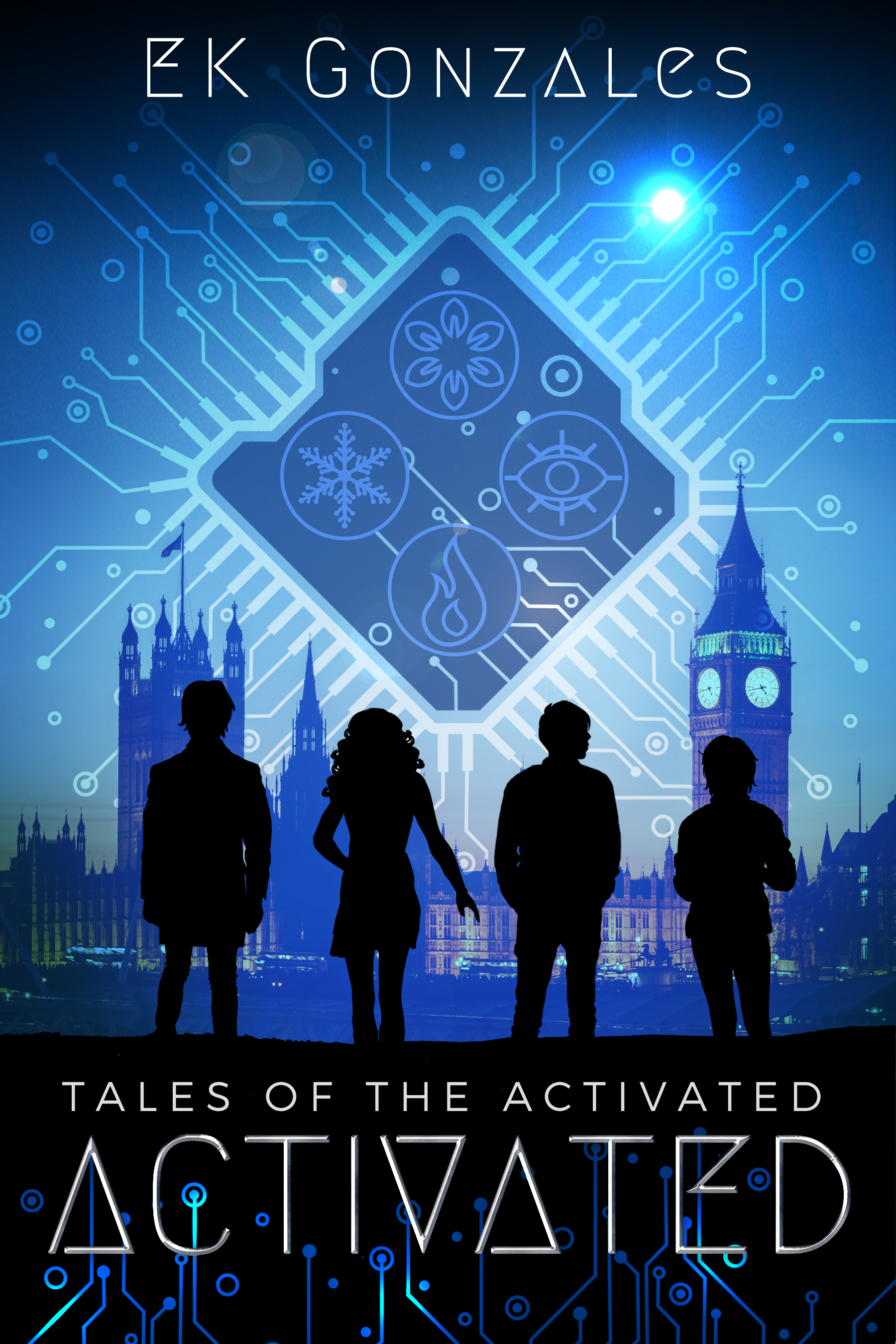